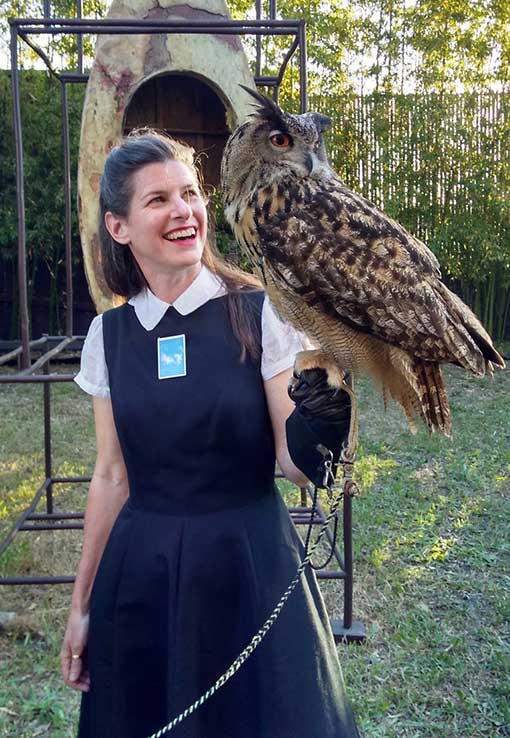 ‘Dead Birds’ and ‘Silver Scenes’
Each piece is like a window that captures and preserves a glimpse of an ephemeral moment.
Throughout my work, I am continually exploring the theme of ‘momento mori’, to create narratives about our relationship to nature and impermanence. The ‘timelessness’ of jewellery, and permanence of metalwork in particular, makes it an interesting medium for exploring ideas around mortality.
I see my jewellery as a visual elegy, through which I pay homage to preciousness that we often overlook, found in this endless flux of growth and decay. By depicting transience and vulnerability, I try to evoke a sense of empathy, and enliven how we see the world around us.
My ‘Dead Bird’ series is inspired by still life paintings from the hunt. These works are first sculpted in wax, and cast in sterling silver. The resulting bird pendants reveal both delicate detail, and the raw direct texture of their making.
The ‘Silver Scenes’ series depicts moments in nature as portraits of ephemerality. I chose the title as a nostalgic reference to the ‘silver screen’. Like film stills, each piece is like a window that captures and preserves a glimpse of an passing moment.
Using personal observation, printmaking, portraiture, and black and white photography as a reference, I create these pieces by painting and drawing directly into thin pieces of silver sheet.
For me, this series is an exciting synthesis of my interests, as drawing and painting have always been a vital, but less public part of my practice.
Mielle Harvey 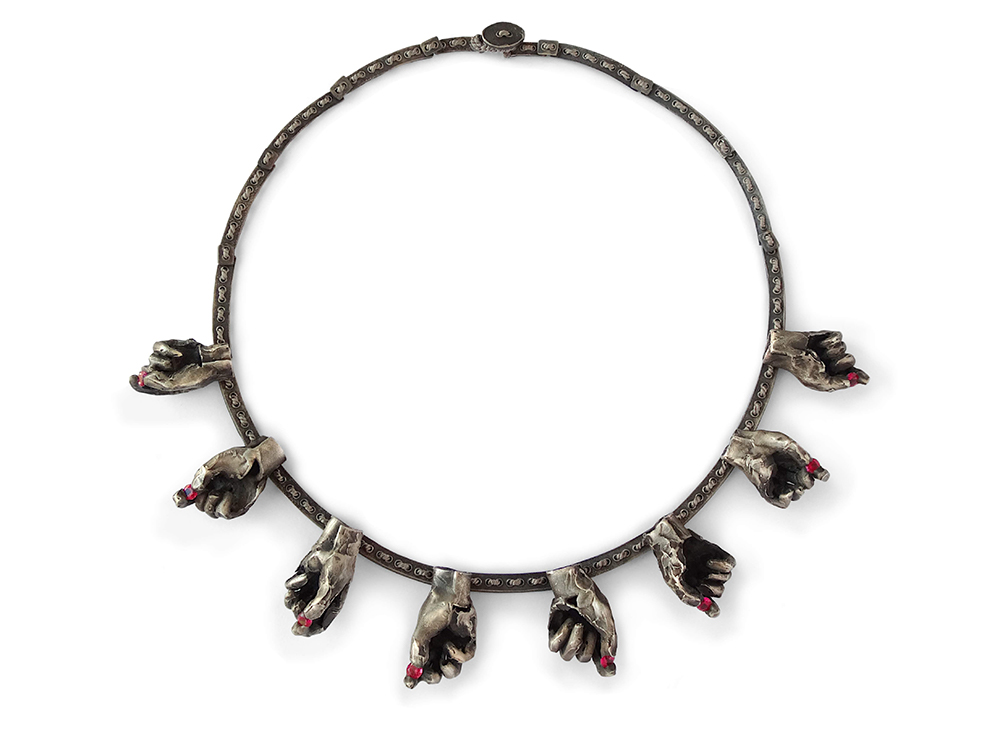 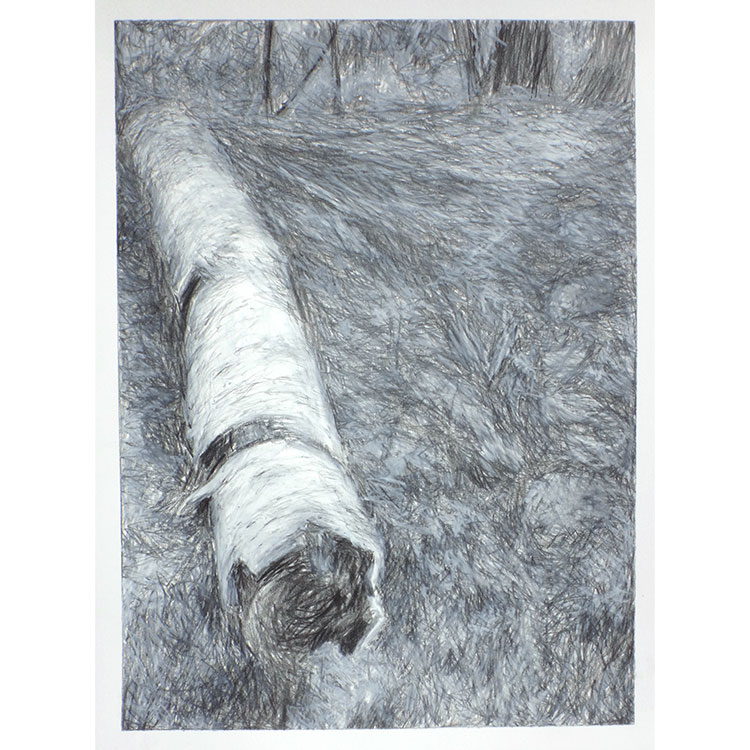 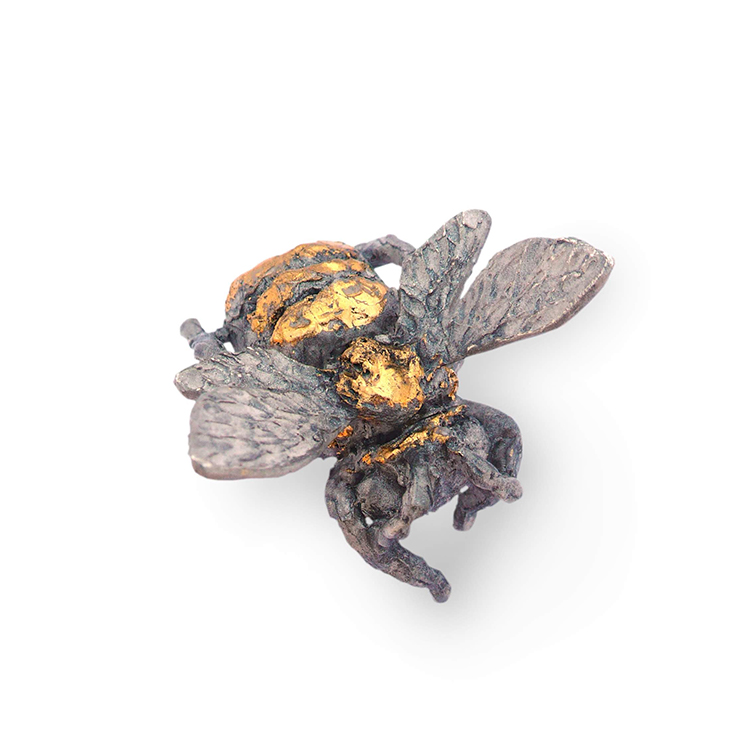 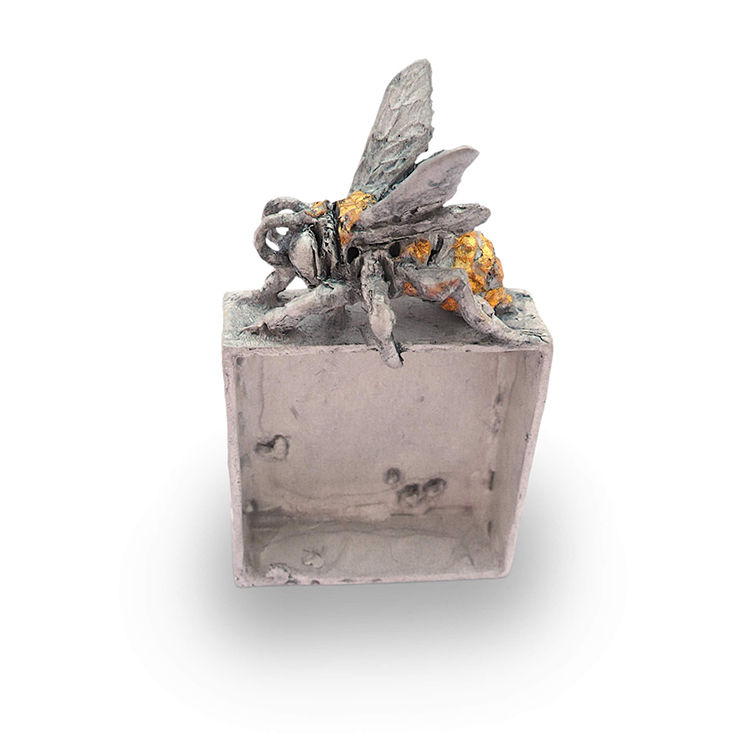 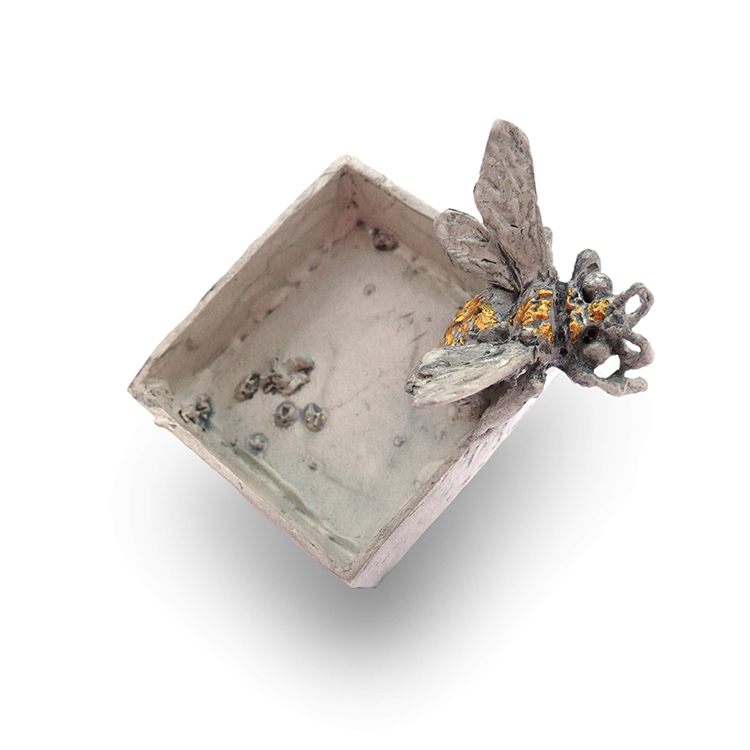 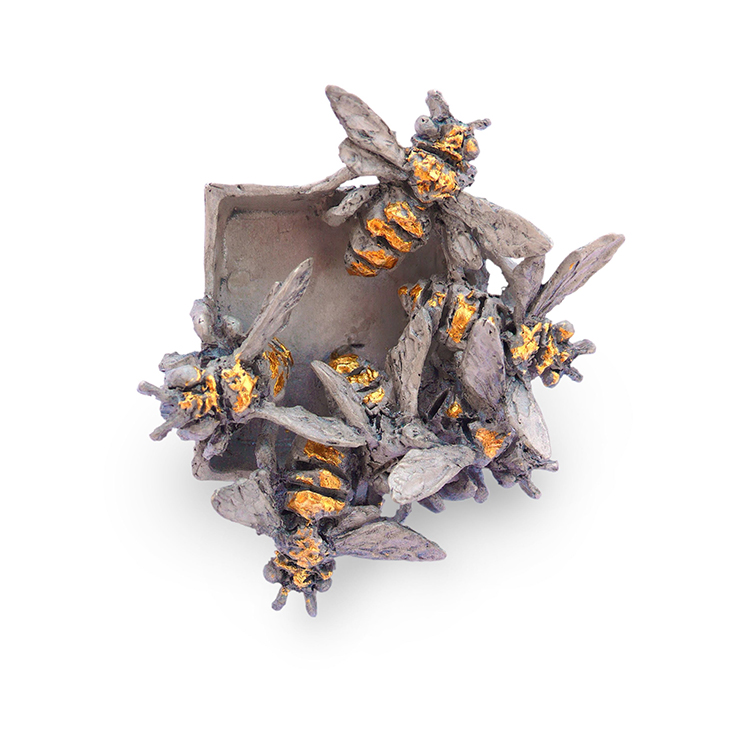 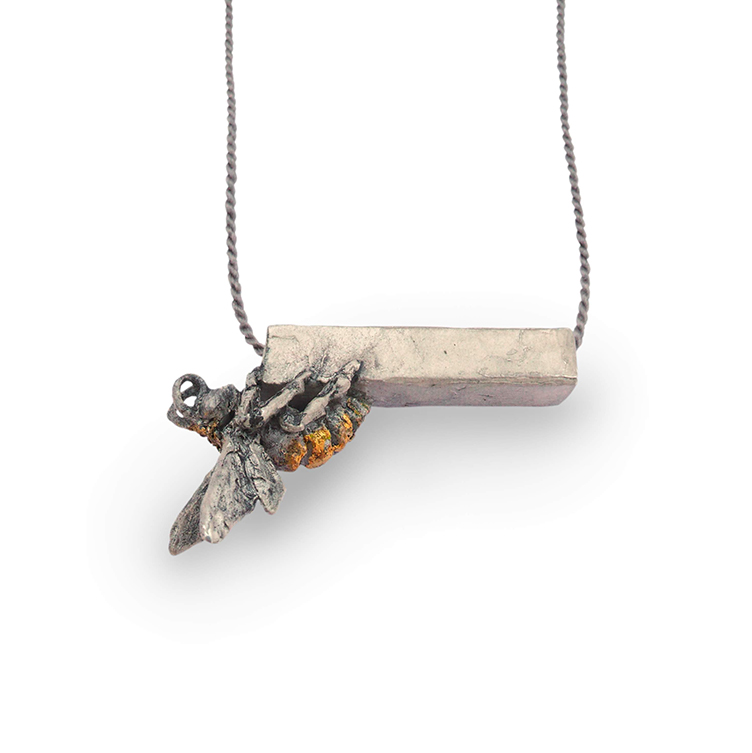 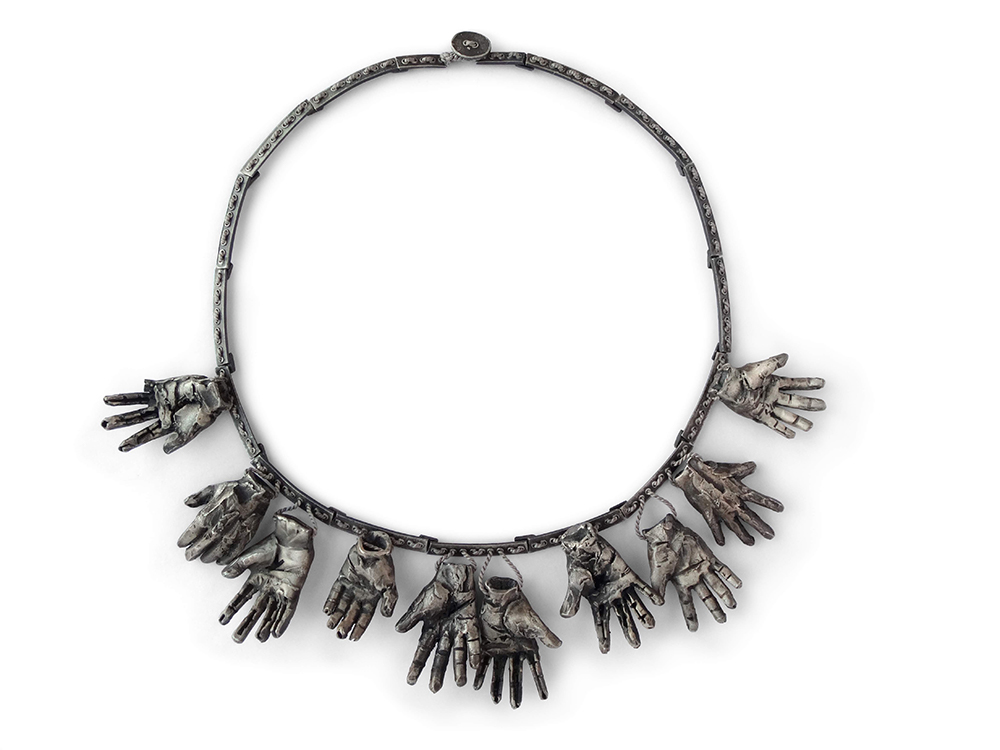 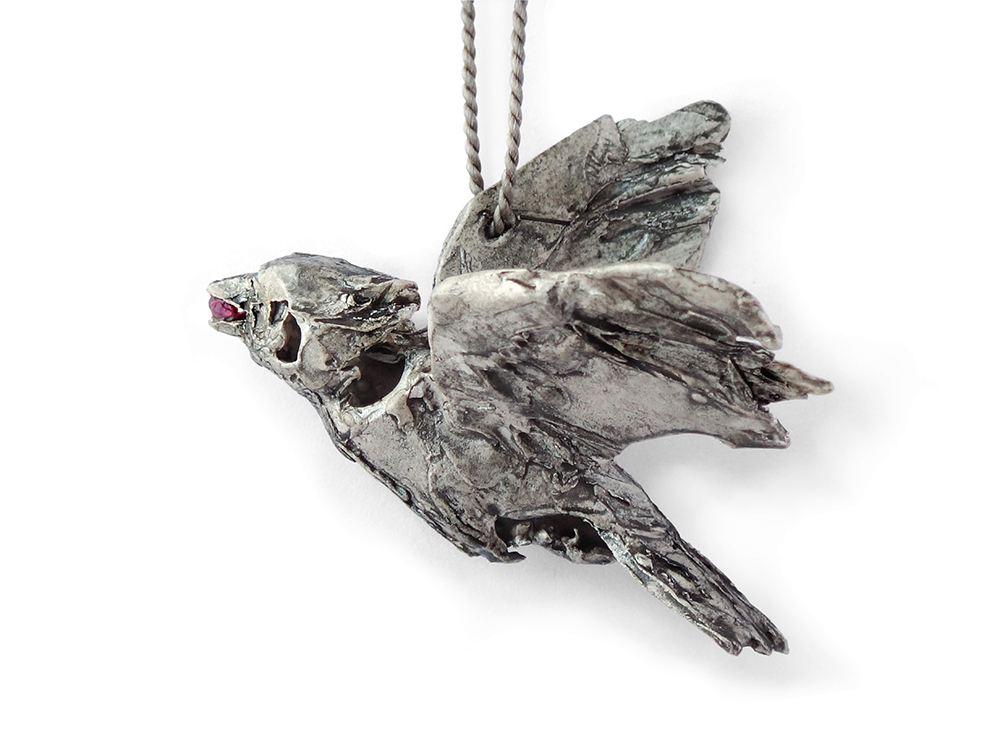 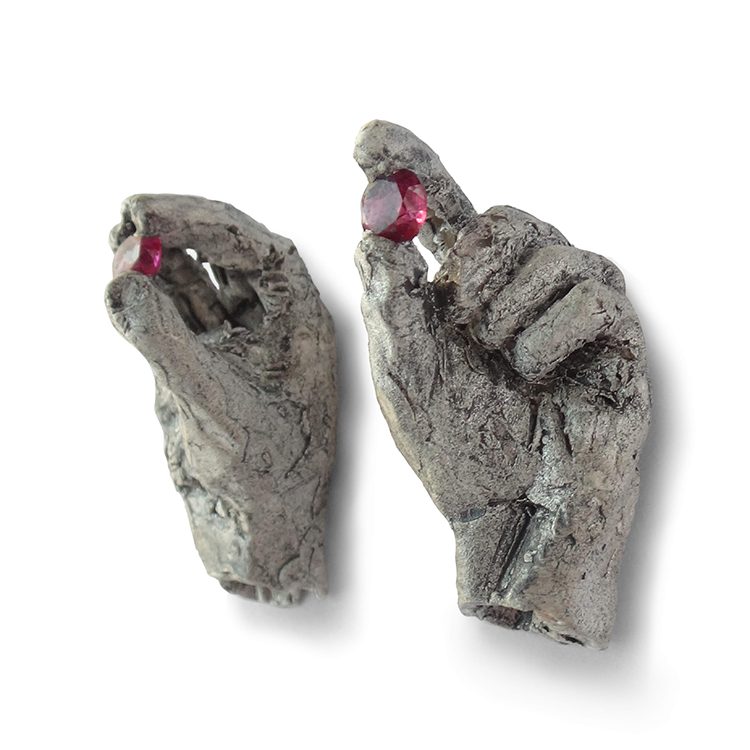 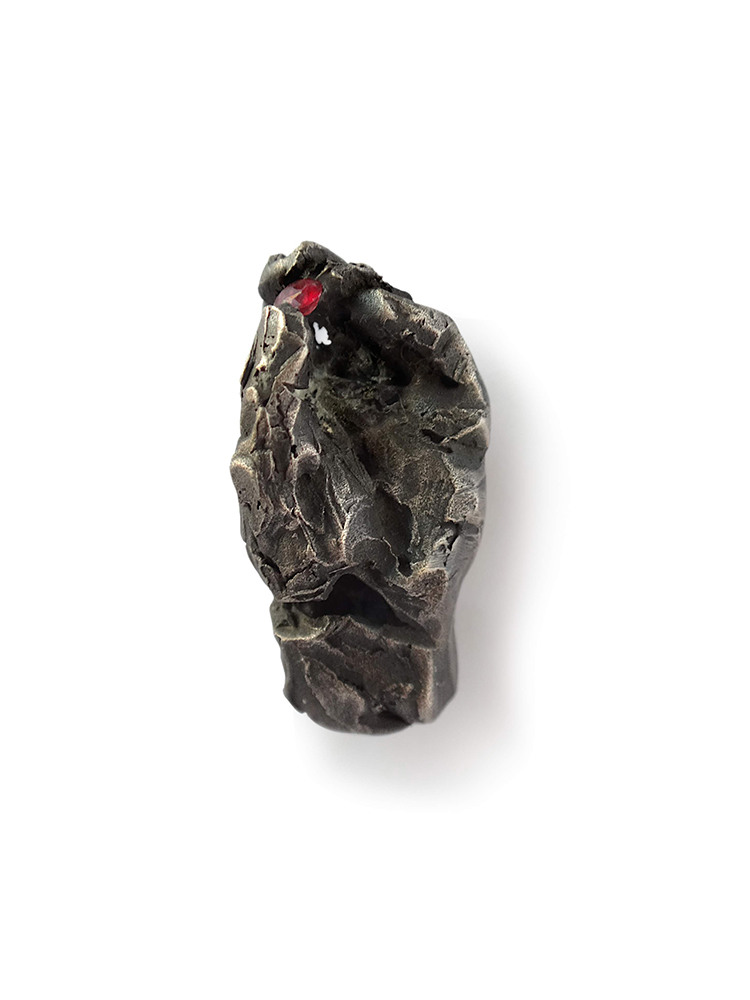 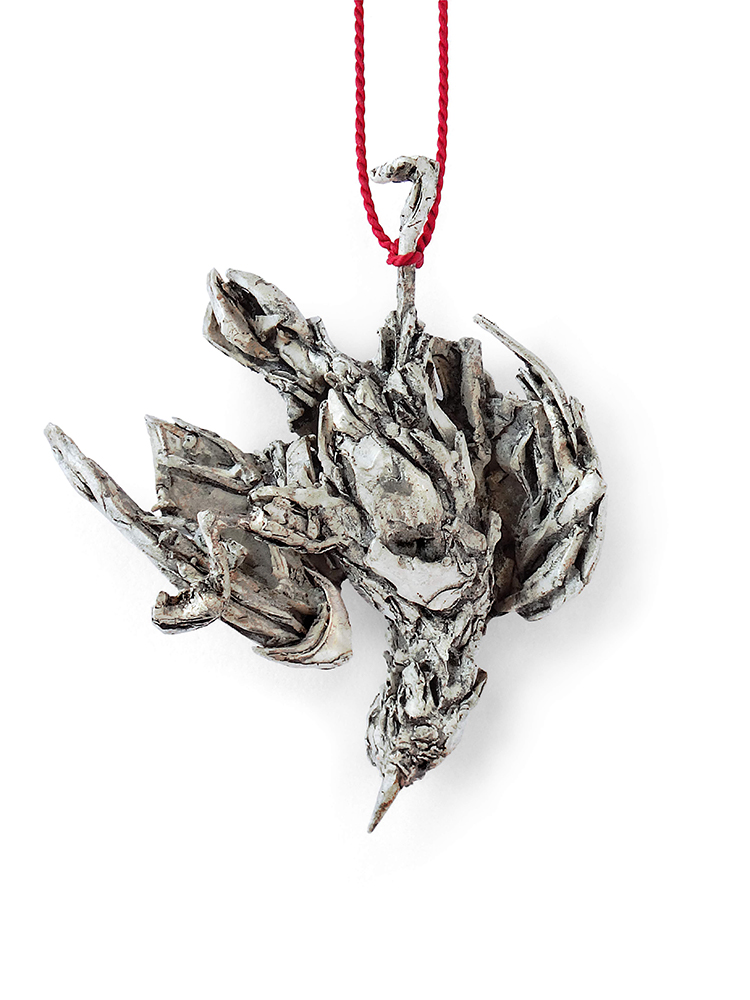 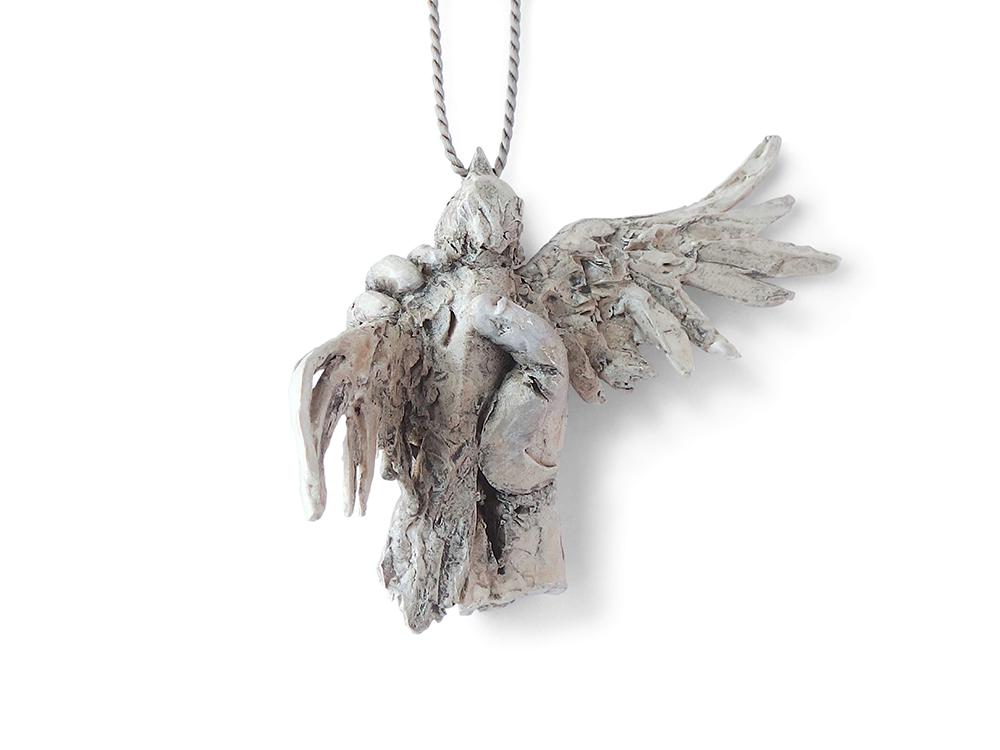 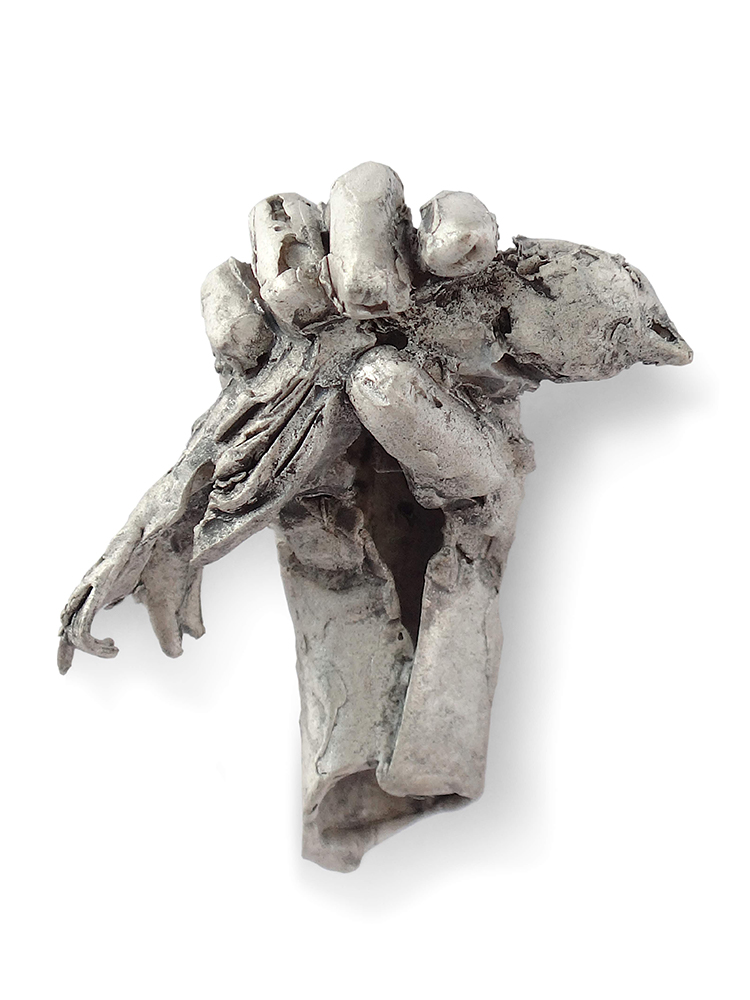 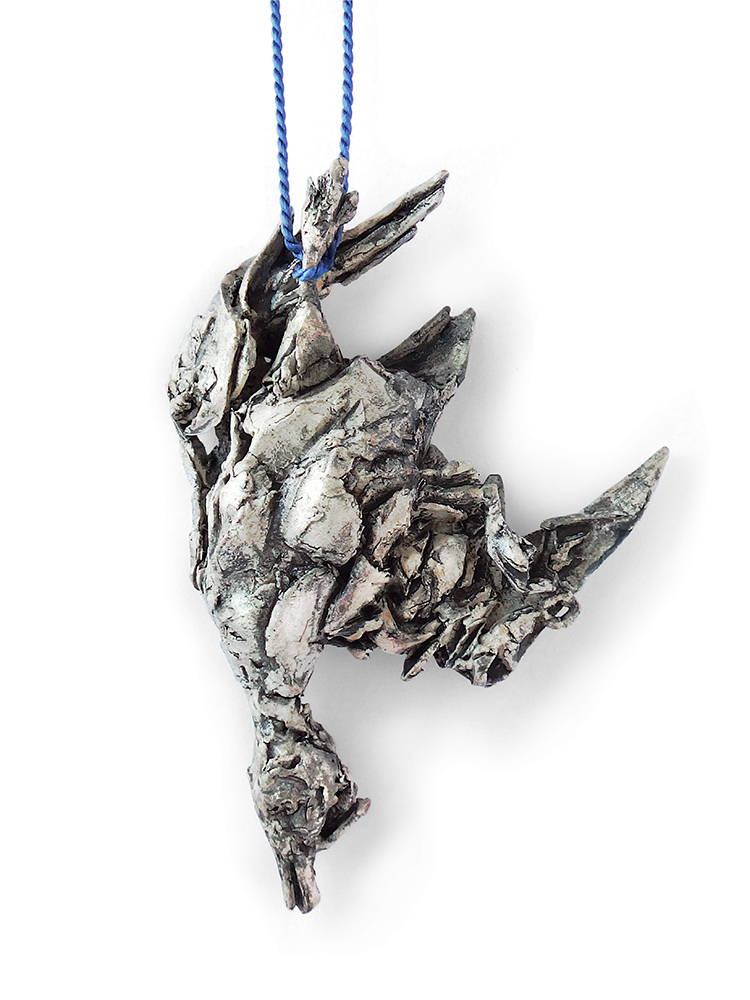 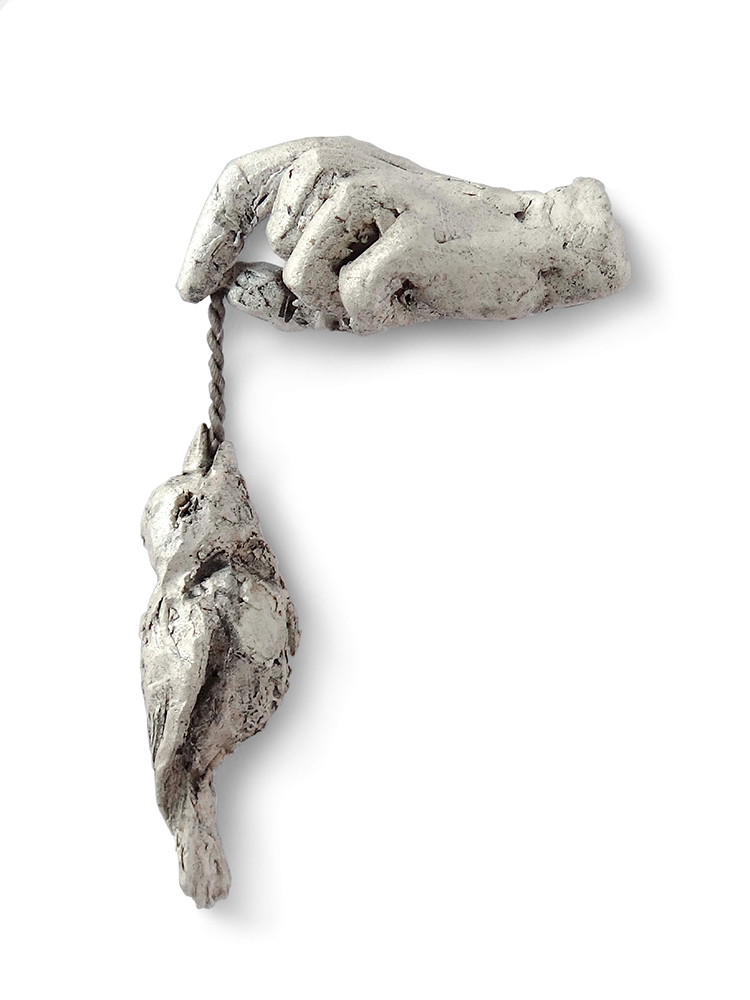 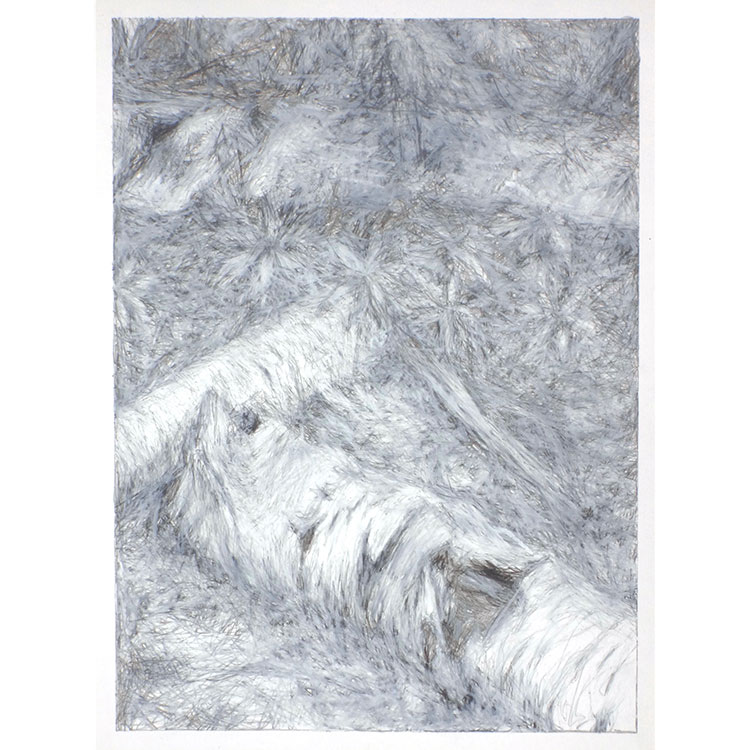 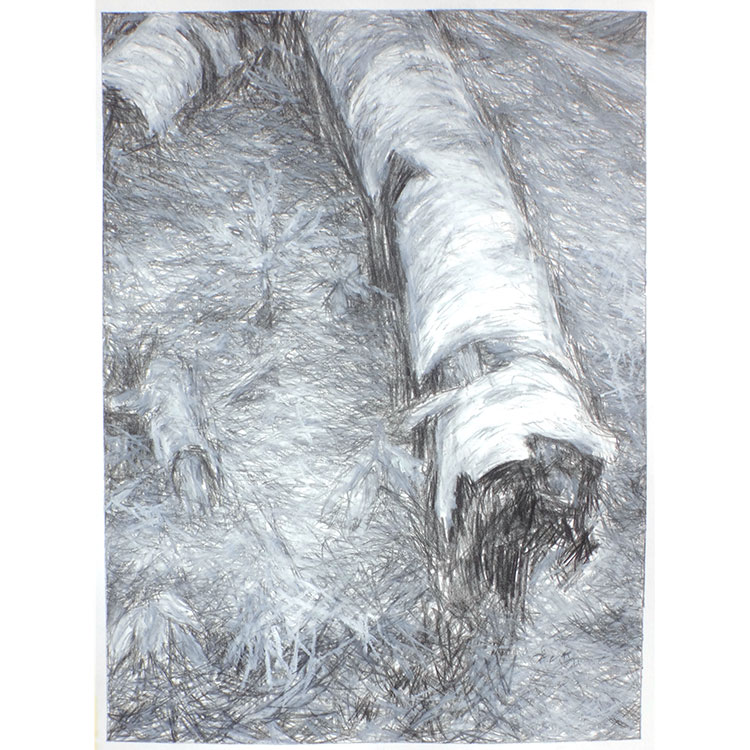